There are many important, nuanced subjects filling current debates, but the sides of each debate too readily lock themselves into their own echo chambers. While each subject deserves thoughtful debate, when considering the apparent rationale of the two “traditional” political sides in the United States, there seem to be various logical contradictions:
SIDE A
SIDE B
There are probably more examples, but at a basic level these contradictions suggest that neither side can claim the moral high ground, and perhaps more importantly point toward the limitations of balancing politics and ethics. 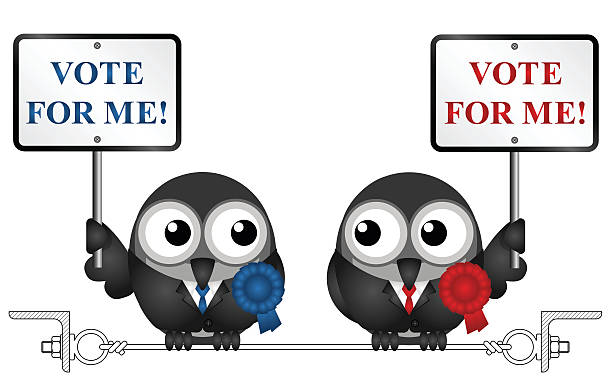 Posted by J.D. Grubb No comments:

Reflections from The Plague

Ten days ago, my city implemented “Shelter in Place”. Preceded by daily, escalating efforts to encourage social distancing and self isolation—all in response to the COVID-19 pandemic—the new ordinance stirred in me mixed sentiments. With schools, churches, and most gathering places closed, I was initially relieved to have the opportunity to slow down and rest. I felt exhausted from the accelerating spiral of uncertainty and the barrages of [generally unproductive] speculation about the future. Yet it did not take long for me to feel the loss of physical human interaction. I am thankful that technology provides ample means to keep us connected, but nothing replaces actual presence.

Though flurries of anxiety threaten to bury collective hope, there is consolation in the prospect of our society recognizing and learning from the revelation of its frail frameworks, and adjusting accordingly.[1] In other words, the present not only offers an opportunity to reinforce hygiene,[2] but the space to reassess priorities at both an individual and communal scale.

As I began to reflect,[3] I found myself drawn to Albert Camus’ novel, The Plague.[4] His meditations provide important reminders for today, such as our need for awareness, change, and love if we are to navigate any crisis well.

Self-awareness begins with acknowledging one’s limitations, especially what can or cannot be controlled. This kind of revelation elicits a spectrum of responses, alas too often finding root in fear.
Fear spawns worry, and worry is contagious.

The definition of worry is to 1.) Feel or cause to feel anxious or troubled about actual or potential problems; or 2.) [with object] tear at or pull about with the teeth; or [no object] (worry at) Pull at or fiddle with repeatedly.[5] 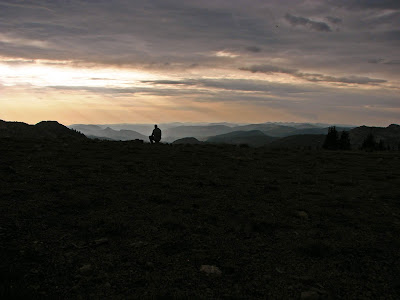 Media tends to worry a subject, willfully or not, by feeding the masses with the same information over and over, packaging it as fresh content by merely adding a few updates and/or the perspective of some individual, qualified or not. Informing the public is the most valuable contribution of the press; however, not all information is beneficial, and not all sources are reliable. Content characterized by speculation—“The forming of a theory or conjecture without firm evidence”[6]—perpetuates worry. Therefore, we have a responsibility to be wise in what we consume and share with others.

In The Plague, Camus comments repeatedly on the danger of being inattentive and uninformed. He writes, "The evil that is in the world always comes from ignorance, and good intentions may do as much harm as malevolence, if they lack understanding.” Most of the devastation in history is arguably the result of intellectual negligence. While we are currently called to physically self-isolate, that does not mean we are to mentally self-isolate. The human mind is a gift. Moreover, this is not only about bolstering individual safety, but that of our communities: "[the plague] revealed itself as what it really was; that is, the concern of all". Camus warns that

"Stupidity has a knack of getting its way; as we should see if were not always so much wrapped up in our ourselves. In this respect our townsfolk were like everybody else, wrapped up in themselves; in other words they were humanists: they disbelieved in pestilence. A pestilence isn't a thing made to man's measure; therefore we tell ourselves that pestilence is a mere body of the mind, a bad dream that will pass away. But it doesn't always pass away and, from one bad dream to another, it is men who pass away, and the humanists first of all, because they haven't taken their precautions.”


For Camus, the pestilence may be less about a malady of the body than a chronic corruption of social consciousness and will. One of his characters, Tarrou, states, “each of us has the plague within him; no one, no one on earth is free from it. And I know, too, that we must keep endless watch on ourselves lest in a careless moment we breathe in somebody's face and fasten the infection on him. . . . The good man, the man who infects hardly anyone, is the man who has the fewest lapses of attention."

A tragedy of this pandemic would be for nothing to change once it passes. There should be practical adjustments to our social structures,[7] to be sure; but equally important is that this crisis leads to a change of perspective both now and after “normalcy” is restored. I think of this when Tarrou comments, "At the beginning of a pestilence and when it ends, there's always a propensity for rhetoric. In the first case, habits have not yet been lost; in the second, they're returning. It is in the thick of a calamity that one gets hardened to the truth—in other words, to silence." It is not only about becoming accustomed to the reality of our present situation, and the measures needed to weather it, but to embrace the opportunities of the present, which, thankfully, many appear to be doing as it relates to engaging family and community with fresh vigor. 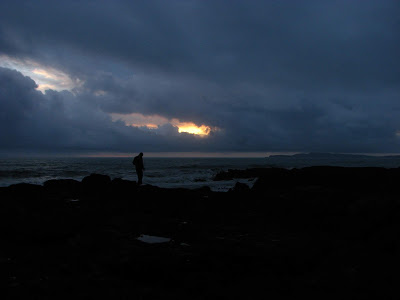 While some of Camus’ characters wrestle with the silence of God—a whole subject in itself,[8] which I will not delve into here, having considered it implicitly in “Is God Patient”—silence also provides an opportunity to distance oneself from all the worrisome clatter in order to reflect upon what is good. Change is good, even though sometimes uncomfortable; for comfort can lead to death—not only physically, but intellectually and creatively. It is tempting to disregard opportunities for change, yet the reality is that change is inevitable, whether embraced or not. Therefore, we should be wary of behaving "like all those others around [us] who believed, or made believe, that plague can come and go without changing anything in men's hearts."

The greatest opportunity for growth or change rests in the shelter of love. It is mysterious, transcendent, and difficult to understand, but it is real. Without it, what are we? Camus writes, "Man is an idea, and a precious small idea, once he turns his back on love." Human love can be complicated and difficult[9], but the common decency inherent to it is "the only means of fighting a plague.”


A beautiful truth about love is that it cannot be contained within one definition or expression. It is living, manifest most tangibly through human interaction. Love reminds us of good, which can spark hope, "And indeed it could be said that once the faintest stirring of hope became possible, the dominion of the plague was ended.”

Love reveals the potential of mankind, while selfishness pulls our attention inward to a state of being blind and deaf to the truth. At the heart of The Plague, Camus is warning readers not so much about some biological danger, but a deeper spiritual decay. Against this, he reminds us that selfless acts inspire change, that hope can survive, and that at best "what we learn in a time of pestilence: that there are more things to admire in men than to despise."


May it be so for our world today. It is already happening if we look carefully.


[1] For example, “Coronavirus: What this Crisis Reveals about US - and its President”, "Coronavirus: Things the US has got wrong - and got right", and "How the Pandemic Will End".
[2] Please wash your hands with soap.
[3] In part, re-examining the nature of doubt.
[4] La Peste, published in 1947.
[5] English Dictionary, Available at https://www.lexico.com/definition/worry (Accessed 24 March, 2020).
[6] Oxford English Dictionary, Available at https://www.lexico.com/definition/speculation (Accessed 24 March, 2020).
[7] Such as were implemented in airport security after the terrorist attacks of . Though such were not the first instances of plane hijackings, the degree of impact woke administrations up to the reality such is both real and costly. In a similar manner, coronavirus pandemics are not new (e.g. “Bat Coronaviruses in China” and "Coronavirus: Pangolins Found to Carry Related Strains"), but now forced to the forefront of social consciousness due to scale of impact.
[8] Not dissimilar to Silence by Shūsaku Endō.
[9] For example, Rambert states, "if there is one thing one can always yearn for and sometimes attain, it is human love." Or read my reflections on relationships in “Why Marry Someone”, “When to Marry Someone”, and “The Marriage Idol”.
Posted by J.D. Grubb No comments:

Welcome to the Journey 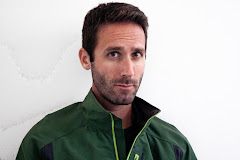